Who was Seneca? A Complete History of the Stoic Statesman

“The wise man is neither raised up by prosperity nor cast down by adversity.” 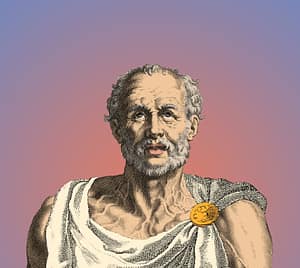 Seneca was a Roman statesman, tragedian, Stoic philosopher, and orator. His full name was Lucius Annaeus Seneca but he was widely referred to simply as ‘Seneca’ or ‘Seneca the Younger’. This ‘Younger‘ differentiated him from his father whose full names were also Lucius Annaeus Seneca (known as Seneca the Elder). However, due to Seneca the Younger being much more influential in history – particularly with regards to Stoicism – he is usually the person referred to as simply ‘Seneca’.

Seneca was born c. 4 BCE in Corduba, Spain (now Córdoba) and died AD 65 in Rome, Italy. He was one of Rome’s earliest intellectual figures and held extremely important positions in the empire from AD 54 to 62. His life of tragedies and triumphs as well as his published works and teachings have inspired the likes of John Webster and William Shakespeare throughout history, to name just a couple. His Stoic teachings and other related works continue to impact the lives of thousands today. 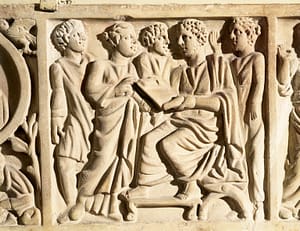 Seneca was the son of Seneca the Elder, a famous Rome rhetoric teacher, and his well-educated wife Helvia. His father was born in Spain but later became a Roman Knight. He had two other sons, Lucius Annaeus Mela and Lucius Annaeus Novatus. Seneca was taken to Rome under the care of his Aunt while he was 5 years old. He received conventional Roman education which for world standards, was amongst the best of its time. Seneca quickly became well-versed in rhetoric, grammar, and literature. He also took a keen interest in philosophy from a very young age and was taught to varying degrees by Attalus the Stoic, Papirius Fabiunus, and Sotion.

Both Sotion and Papirius belonged to the school of Sextii that combined Pythagoreanism with Stoicism. During his twenties, Sotion persuaded Seneca to become a vegetarian. The practise only lasted about a year before Seneca’s father convinced him to end the experiment. However, this one year of vegetarianism seems to have had an impact on his adult career as a philosopher where it was central to his teachings that avoiding cruelty of any kind is of paramount importance for the making of a ‘good man’. Unfortunately, Seneca struggled with various health issues throughout his life. He had breathing problems – most likely asthma – for most of his life and he was also hit by tuberculosis in his mid-twenties.

He was sent to live with his aunt in Egypt, who took care of him for 10 years while he was gradually nursed back to decent health. Thanks to his aunt’s influence, Seneca was elected quaestor – a type of public official – when he got back to Rome. This election earned him the right to become a part of the Roman Senate. 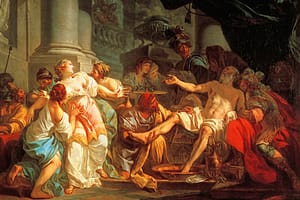 Seneca’s career in the Senate was very successful and people praised him for his oratory as well as his writing. However, the emperor Caligula grew jealous of Seneca’s success very quickly, and ordered him to commit suicide. Seneca only managed to escape this unjustly death due to the fact that he was already considered seriously ill, so the emperor was convinced that Seneca would die soon anyway. Unsurprisingly, Seneca has nothing positive to say about Caligula in any of his works.

The struggles and obstacles only became worse when Claudius became emperor. Seneca was accused of committing adultery with Julia Livilla. Historians doubt this to be true though and rather a political move by the accuser: the new empress Messalina.

The senate ordered a death sentence but Claudius turned it to exile because he only wanted to get rid of Julia and her supporters – also perhaps feeling slightly guilty for sentencing an innocent man to death. Seneca spent 8 years in exile on the island of Corsica.

Seneca was recalled back from Exile in AD 49 and was appointed tutor for the future emperor Nero. Seneca composed Emperor Nero’s speeches throughout his reign including the eulogy for Claudius. During his reign as the imperial advisor, Seneca accumulated a lot of wealth and had properties in the Egyptian estates Nomentum, Alban Villa, and Baiae. In 58 AD, the senator Publius Suillius Rufus made a number of public attacks on Seneca, accusing him of ill-gotten gains amongst a number of other accusations.

Being loyal to the previous emperor, there were undoubtedly political and personal motives from Rufus to see Seneca suffer and it is unknown to what extent these claims were true. However, it is known for sure that Seneca would force large loans on the indigenous British aristocracy after the conquest of Britain and would then call them back within a short time. This even caused an uprising in Britannia according to reports by Cassius Dio.

In one of his writings, (“On the happy life”) he defends the methods by which he gained his wealth and argued that properly gained wealth is not an issue from a philosophical standpoint.

Towards the end of his life, Seneca is known for his struggles with emperor Nero and how he tried – but ultimately failed – to rein in the emperor and his lust for power and excess. At a certain point, Seneca realised that the emperor was a lost caused and being so close to him, realised that any spark of madness or paranoia would likely put his life in serious danger. He tried to extricate himself from the situation with the emperor and retire from public life as much as possible. However, perhaps inevitably, a subsequent plot against Nero was connected to Seneca’s name and he was forced to commit suicide. 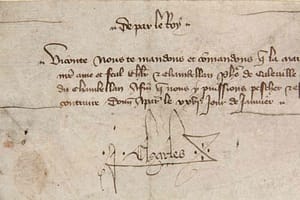 Seneca’s contribution to the philosophy of Stoicism was and continues to be massive. As a man who faced ill-health for most of his life, exile, death sentences, endless threats, defacement and eventually forced suicide, he was no stranger to facing and dealing with obstacles. Like many of the Stoics, Seneca was known for facing adversity head-on and learnt quite a few valuable lessons along the way.

Throughout his life, both in exile and important political positions, Seneca wrote a series of essays on anger, mortality, happiness, tranquility, leisure, and dealing with adversity. As well as these popular texts, Seneca also wrote much about the natural sciences.

Although he produced much work on these topics, his most famous work with regards to modern Stoicism and its influence remains to be his extensive correspondence with Lucilius. His ‘Moral Letters to Lucilius‘ are considered an essential read for any practising Stoic as they contain letters and teachings on almost everything in life: from character and riches to peace of mind and principles. In total there are 124 letters but here are some of the most important and famous lessons from them:

He argues that many people waste their time paying attention to insignificant things or paying attention to too many things. If you are doing or focusing on lots of things at once, then it becomes difficult to do one thing well. He also adds that most people live life fully engaged in brief moments only, when they should be fully engaged with what they are doing all of the time. Before they know it, nothing great has been achieved, despite being busy all the time.

Life is too short because most of it is wasted on distraction or by giving it to others in the form of validation. Time is valuable and it cannot be replaced like money, therefore it is much more important. Do not be distracted and busy with acquiring or pursuing things that do not matter.

As a Stoic, Seneca believed that the universe was organised by a rational and providential power that permeates and directs all of nature – including humans. The common counter-argument to this worldview is the classic Problem of Evil: why do bad things happen to good people?

However, Seneca’s response to this is very interesting. He argues that the things that people see as shortcomings, failures or problems turn out to be seen as benefits. People get a

3. Do Not Be Too Ambitious

Seneca described ambition as something that eats time rather than freeing it up. He made it to the top and fell many times, hence making him conscious of the menaces of ambitions. They fuel expectations and desires which in turn lead to disappointment and frustrations when we fail. It is a mistake to believe that ambition is a quality that needs to precede success. Many successful people have either found happiness and success without ambition, or many people (like Seneca) realised that ambition doesn’t always lead to success and quite often, only breeds the want for more. Ambition is also very closely linked with greed and often blocks humility.

Seneca also emphasises that it is not material wealth that is needed to live a comfortable life, but instead the time to enjoy meaningful and fun activities. Time is always the most valuable asset. 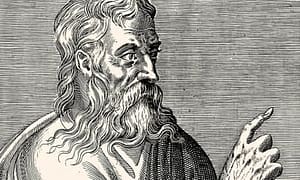 “We suffer more often in imagination than in reality.” – Seneca

“Man is affected not by events but by the view he takes of them.” – Seneca

“Wherever there is a human being, there is an opportunity for kindness.” – Seneca

“Begin at once to live, and count each separate day as a separate life.” – Seneca

“Don’t stumble over something behind you” – Seneca

“Luck is what happens when preparation meets opportunity.” – Seneca 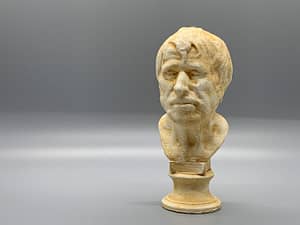 Seneca the Younger was a very influential man in both the Roman Empire and in the philosophy of Stoicism. His works and writings continue to be studied, recited and applied in the modern world due to their effectiveness. Seneca dealt with everything that the modern person deals with – from anger to anxiety to fear – as well as probably much more.

Throughout his trials and tribulations, he wrote much about these human predicaments and how he managed to overcome them, particularly in his essays. However, many of his essays did not entirely conform to the traditional Stoic teachings and were somewhat different to likes of Marcus Aurelius and Epictetus, meaning that Seneca brought a new perspective to Stoicism which has since been mostly integrated into the philosophy.

Want more Seneca? Subscribe to the site below to be sent all three volumes (PDF) of the ‘Tao of Seneca: Letters from a Stoic Master‘ as part of our “Stoicism Starter Pack”. 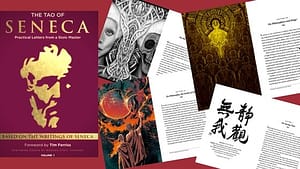