Who was Epictetus? A Guide to the Slave-Turned-Stoic-Philosopher

“A man should so live that his happiness shall depend as little as possible on external things.” 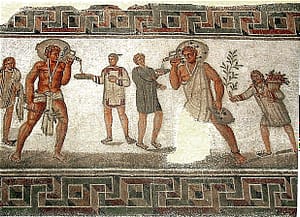 Epictetus is one of the three most well-known practitioners of Stoicism. However, his circumstances are vastly different from these of the other two, Marcus Aurelius and Seneca. While the former was the emperor of the Roman Empire and the latter an adviser to the emperor, Epictetus was born a slave. Despite his humble and very difficult beginnings, Epictetus managed to become an influential figure in Stoicism and his teachings are still referred back to a couple of thousand years later.

Epictetus was born in the 50s C.E. in the Greek city located in Asia Minor, Hierapolis. He was born into slavery and spent a portion of his life being the slave of Epaphroditus, who was an administrator in the court of the emperor Nero. It is uncertain when exactly he moved to Rome, as well as the circumstances of his education. However, it is known that he studied under Musonius Rufus, who was a Roman senator and Stoic philosopher.

He obtained his freedom in AD 68, shortly after the death of Nero. When becoming a freedman, Epictetus began lecturing and remained in Rome until AD 89, when the emperor Domitian banished all the philosophers from the city. Epictetus then moved to Nicopolis in Greece, where he spent the rest of his life teaching and lecturing. He lived a simple life with just a few possessions, and he died around AD 135. After his passing, Lucian shares the tale that the Epictetus lamp was sold for 3,000 drachmae, the Greek currency at the time, alluding to the earthenware lamp mentioned in his book Discourses.

The Key Teachings of Epictetus 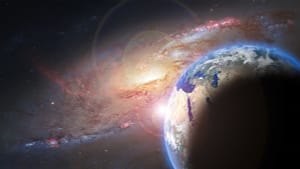 Epictetus doesn’t have any known writings. His most well-known pupil, Arrian of Nicomedia, compiled the philosopher’s teachings in the four-volume work, Discourses. Moreover, Arrian wrote an abridged version of the Discourses, in a work titled Enchiridion, which stands for ‘handbook’ in Greek.

The key concepts that you will find in Epictetus teachings – mainly from Discourses and Enchiridion – are the following:

The core of Epictetus’s philosophy is the exploration of what it means to be a rational human being. Rationality means that you possess the ability to evaluate the content of your impressions to determine whether they are true or false. The idea of assent is critical for this process. In essence, we readily assent to (or agree to) a view that is in accordance with our own. However, if we spot any contradictions, we will and should reject one of the two views to get closer to the truth. For Epictetus, the most basic attribute of a human being is his inability to accept as true something that he views as false, and his aversion to deceit.

#2 The Importance of God

Apart from human rationality, Epictetus firmly believed in the rationality of the universe. The orderliness of the universe is maintained by Zeus, who the philosopher often refers to as “the god”. Despite being a supreme entity though, he is not an incomprehensible being. He is rational and possesses the same intentions as humans, and so with enough effort, we can understand him. The god’s attitude towards humans is that of benevolence.

#3 The Accountability of Our Actions

In Epictetus’s philosophy, you will find a distinction between the things in our power and those outside of it. Our ability to make choices is the one that makes us accountable for our actions and states. Freedom is an inseparable characteristic of any human being, and the ability to decide on our own accord should not be influenced by external compulsions.

Prohairesis or volition, which is the capacity for choice, makes the real individual. Every human’s convictions, attitudes, intentions, and actions are determined by his impressions of things and they belong in his prohairesis. These come in contrast to the external factors, such as the appearance of the body, the possessions, the successes and failures, the reputation in the world, and the relationships with other people.

The evaluation of the external factors (mentioned in the previous paragraph) can bring inner happiness and peace to an individual but should not be relied upon as once again, they are external. Negative feelings, such as fear, envy, and desire, derive from the notion that happiness depends on external elements. Both human feelings and behaviour are the result of what feels right to us. With self-examination and revaluation of our judgements, we will correct our feelings. Emotions like anger and betrayal derive from the behaviour of other people. Therefore, they are part of the external elements, and so, they are of no consequence to the individual.

A human being must always strive for the correction of his views, which comes through self-examination. This ability to achieve autonomy is a part of human nature, as it stems from the reasoning faculty. When the individual learns to use his reasoning faculty, he can align his views with truth over time.

#6 Our Relationship with Those Around Us

When it comes to the people around us, Epictetus uses the words aidos (modesty) and philanthropia (love of humanity). The first term refers to the awareness of how others perceive you, as well as a willingness to correct unacceptable behaviour. The second term refers to the willingness to make yourself useful to others. The best expression of our love of humanity is to help others develop their rational nature.

Epictetus is a very influential figure in Stoicism. His Discourses and Enchiridion had a huge impact on later generations in ancient Greece, Rome and all of the way through to the modern day. The emperor Marcus Aurelius often quotes Epictetus in his own works, even though he was never his student. Furthermore, Origen of Alexandria, an early Christian scholar and theologian, mentions that the writings of Epictetus were very popular among his contemporaries. This shows that Epictetus was influential not just within the school of Stoicism but without in other cultures and traditions.

Here are just a few of Epictetus’ most famous quotes from his various works:

“No man is free who is not master of himself.”

“It is impossible for a man to learn what he thinks he already knows.”

“No thing great is created suddenly, any more than a bunch of grapes or a fig. If you tell me that you desire a fig, I answer you that there must be time. Let it first blossom, then bear fruit, then ripen.”

“Everything has two handles, the one by which it may be carried, the other by which it cannot. If your brother acts unjustly, don’t lay hold on the action by the handle of his injustice, for by that it cannot be carried; but by the opposite, that he is your brother, that he was brought up with you; and thus you will lay hold on it, as it is to be carried.” 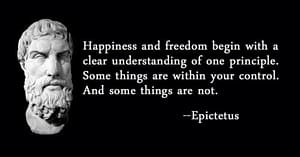 Epictetus and his very unique backstory bring a fresh and interesting perspective to Stoicism and philosophy as a whole. The core of Epictetus’ teachings centred around distinguishing what is in our control and what is not within our control. The power and simplicity of this approach has made it a centrepiece of Stoic philosophy and its influences and similarities stretch far and wide, including with the famous Serenity Prayer of Christianity.

Want to take your knowledge of Stoicism and the teachings of Epictetus further? Check out our Essential Stoic Teachings Exercise Cards. 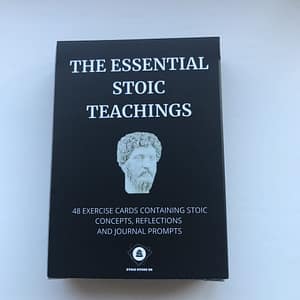 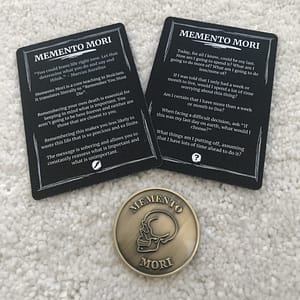