Aurelius philosophy of Stoicism: The distinct benefits of adopting a Stoic philosophy to life. 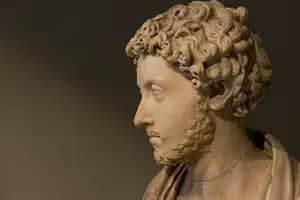 Stoic Store UK helps to integrate the key parts of Marcus Aurelius philosophy with its range of physical Stoic products.

One of the greatest philosophers of all time, who also happens to be the famous 2nd century Roman Emperor, was Marcus Aurelius. Nicknamed the philosopher-king, Marcus Aurelius is probably one of the most well known Stoics – particularly due to the popularity of his unofficial book ‘Meditations’. Marcus Aurelius lived in a time when death was prevalent, and chaos was almost everywhere. Almost without choice, he was made to become an emperor by profession, and philosopher by way of life. 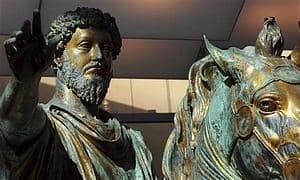 The most influential Stoic philosopher offered deep insights and reflections with his well-known published text of ‘Meditations’. This book is composed of his compiled notes and personal thoughts on a variety of subjects across life, as well as his own personal struggles and how he dealt with them. This extremely unique and valuable piece of work brings direct insight into the brilliant concepts and mind of the ancient Roman philosopher. Stoicism is sometimes referred to as the Marcus Aurelius philosophy because of this as his work has been so influential for thousands of years.

How Does Stoic Store UK represent the philosophy of Marcus Aurelius in its products?

The philosophy, writing and teachings of Marcus Aurelius form the basis of Stoicism as we know it today and unsurprisingly, much of the merchandise here at Stoic Store UK is based off the philosopher king’s most spoken and written about concepts. From the Memento Mori Coin to our Amor Fati necklaces, much of the products here at Stoic Store UK can be traced back to Marcus Aurelius.

Some of the concepts that you will see are focused on the things that he had learned throughout his extremely challenging life. Some of his most important and widely recognised lessons include being content to live simply, not overvaluing compliments or criticism, being dutiful, elevating character by always doing what you know to be the right thing, remembering your own mortality and the preciousness of life, and focusing only on the things that you can control. Occupying the perhaps the most important political position in the entire world at the time, it is an incredible fortune to be able to gaze inside the mind of the Stoic philosopher king – especially given that wise rulers weren’t exactly common back then, or for that matter, have been since.

Inspired by the wisdom of Marcus Aurelius and Stoicism, Stoic Store UK attempts to capture the philosophy, concepts and thoughts in a physical manner. The selection of physical products are designed to be noticed as much as possible, and to remind yourself of the teachings throughout the busyness of everyday life. Amongst the diverse array of products are rings, coins, pendants, apparel, educational cards, mobile covers, and coffee mugs to name just a few. It can be useful to read about the philosophy in the mornings and evenings, only for you to then realise you completely forget all of the teachings during the stresses of everyday life. This is where the physical products come in: they are a way to be constantly reminded to be your best self.

What Are Some Other Benefits Of Following The Stoic Approach To Life?

Become Indifferent To What Others Are Doing

Stoicism realised long ago that comparison is the thief of joy. Throughout history and especially in the modern day, we suffer enormously from comparing ourselves to others and what they are doing. The truth is that everyone has their own unique circumstances that need to be worked with. The person who has the fancy car may not have a very good social life. The person who is always laughing and joking may be internally struggling. None of those things may be the case. However, the point remains: they are living their lives, you start to live yours.

This indifference isn’t cultivated overnight, it certainly takes practice. It takes a certain degree of awareness to realise when you are comparing yourself to someone else. Whether you are comparing and feel inferior to where someone else is, or you are comparing and feel superior to where someone else is, they are both paths of suffering. The mind, influenced by culture, creates an imagined hierarchy and seeks to place itself somewhere on the ladder. Once it is realised that the hierarchy, the culture and the values that the culture holds are all made up, don’t really matter and ultimately aren’t real, only then can indifference to what others are achieving or not achieving come naturally by itself. This is just one teaching from the Stoic philosophy. 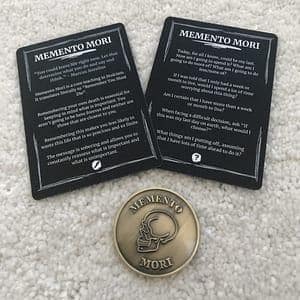 Sooner or later you also begin to realise that life brings all of us challenges for a reason. They help us to grow, mature and to become capable of helping others that also face the same situations. Once this is realised, there becomes very little reason to complain about anything.

Recognising the power of adopting Stoicism, or the Marcus Aurelius philosophy of Stoicism’, is the beginning of a hugely fulfilling path. However, from our own personal experience we realised that just to read about the philosophy is not enough for it to become a complete part of everyday life. Physical reminders, like the ones provided by Stoic Store UK, help to get you there much faster as you are literally carrying the philosophy with you everywhere you go.